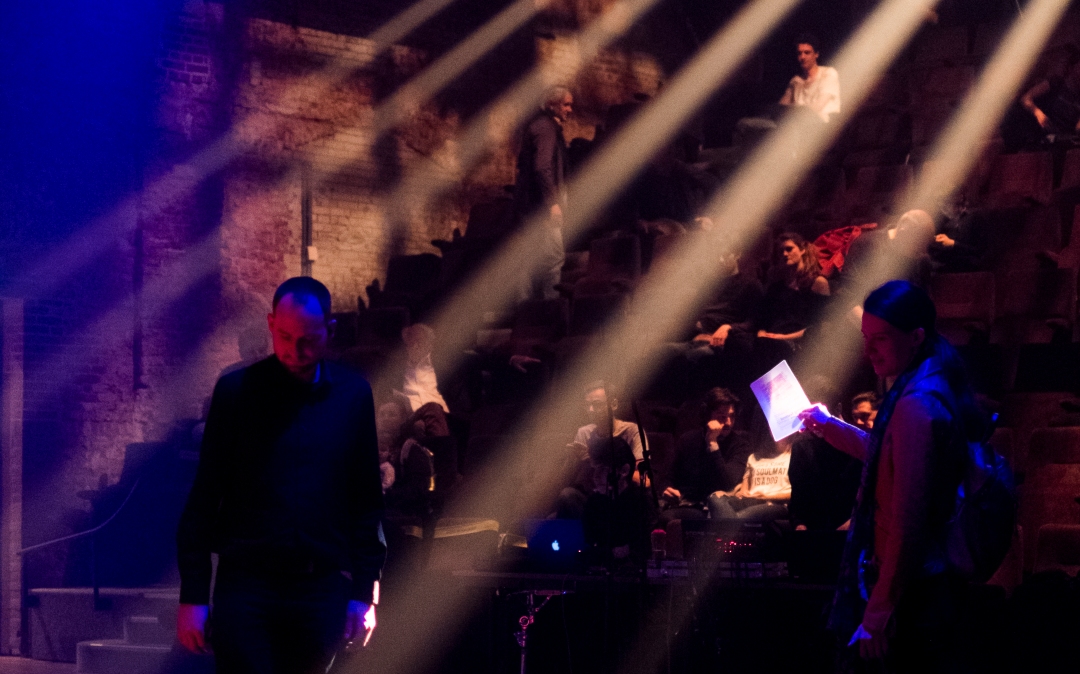 “When the strings become so numerous that you can no longer pass among them, the inhabitants leave: the houses are dismantled; only the strings and their supports remain.”

Ersilia is an interactive performance installation inspired by one of Italo Calvino’s fictional cities described in the novel Invisble cities. Ersilia was made in collaboration with composer Domenic Jarlkaganova, which composed a sound scored for the musicians, and was performed by Michela Amici on harp, Antoine Josselin on percussion and Zacharias Fasshauer on double bass.

The installation consists of various sensors that appear as strings around the space. On one half, the audience move through invisible strings as their movements and location triggers string-like sounds. From the other side of the room, six light beams create strings from the ceiling to the floor, which when are crossed make an interactive score for the musicians to play along with.